Dream to Connect the World

"For thousands of years, history has seen the continuous increase of divisions.

Each time a different religion was adopted or a new regime came into power, more boundaries were drawn and wars were fought.

Now, however, we live in an age of globalism.

For the sake of the future, we must become one."

Modern nations have created a system in which they build boundaries to compete with each other to fulfill their national interests. This vicious cycle of self-servitude culminated in the most destructive events in human history: the World Wars.

With the sole wish to see a peace-loving global community centered on God, Rev. and Mrs. Moon proposed a grand project that would link the entire world by a single highway system. 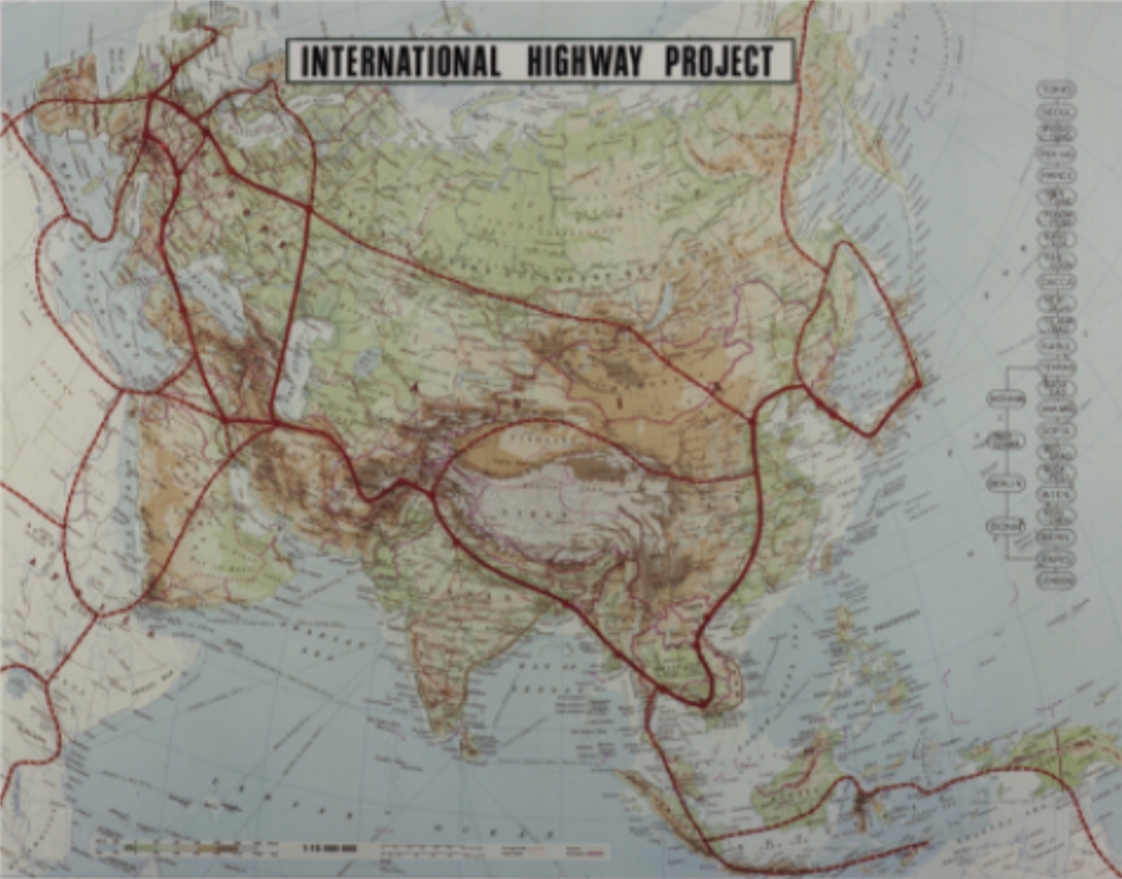 Rev. and Dr. Moon envisioned the "International Peace Expressway" as a project to bring the world together into a peaceful world community centered on God.

Their vision of breaking down the borders that divide the world, turning conflict zones into neutral zones of peace, and linking once blocked-off territories with a highway of peace in order to build an ideal world that all religions strive for, is today a realistic ambition. In 1981, at the 10th International Conference on the Unity of the Sciences (ICUS) in Seoul, Rev. Moon announced his plans for the construction of an underwater tunnel complex between Kyushu and Busan as part of the World Peace Road Foundation project.

In his proposal, he called for the creation of a one-kilometer stretch of neutral territory on either side of the proposed Peace Highway. He also proposed implementing an immigration office that would introduce a non-visa immigration system, ban vehicles that carry weapons from accessing the highway, and restrict the movement of military vehicles. Rev. Moon likened the Peace Highway to the blood vessels in the human body, enabling a peaceful and harmonious world community to exist.

Then, in 2005, Rev. Moon proposed the construction of a bridge/tunnel in the Bering Strait between Alaska and Russia as the final link for the International Peace Highway, making it one of the largest infrastructural projects in human history.

Rev. Moon anticipated that after this project was completed, new cities would form around the highway across the Siberian landscape and that many development projects, like the cultivation and extraction of natural resources, would rise and grow.

In 2015, 10 years after Rev. Moon's initial proposal, the Russian government turned the Bering Strait project into reality when they announced they would extend the Trans-Siberian Railway (TSR) from Moscow to New York with the Trans-Eurasian Belt Development (TEPR) that would connect the Bering Strait with a bridge.

It is evident throughout history that when roads are blocked, civilizations decline; but when roads are traveled, civilizations flourish. Although Rev. and Mrs. Moon's grand project has not yet been fully realized, their idea became the blueprint by which to connect the world into a peaceful community. The bridge between Asia and the Americas, as well as the undersea tunnel between Korea and Japan, will soon contribute to realizing a peaceful global community that Rev. and Mrs. Moon have envisioned.