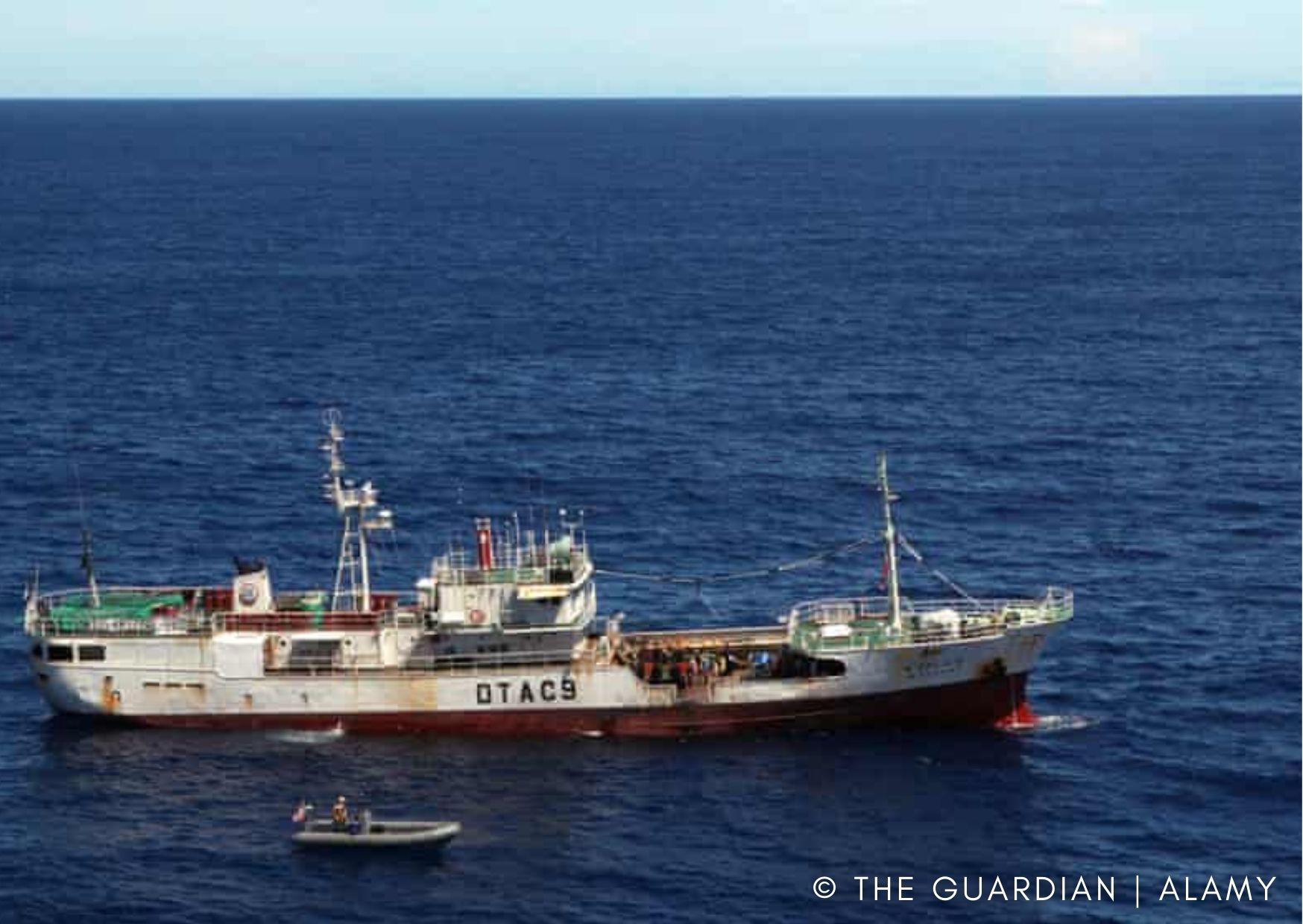 Date: 15 November 2021Media: The GuardianThe Kiribati government has announced it will open up one of the world’s largest marine protected areas to commercial fishing, citing economic benefits to its people.The Phoenix Islands Protected Area (PIPA) spans 408,250 sq km (157,626 sq miles) – an area about the size of California – and was created in 2006 with the entire area declared a “no-take” zone in 2015, meaning that commercial fishing is forbidden.Kiribati, a collection of islands in the central Pacific and which has an EEZ larger than the size of India, catches 700,000 tonnes a year of tuna. More tuna is caught in Kiribati’s waters than in the waters of any other nation in the world.Fishing illustration for Plundering the PacificWhy the world’s most fertile fishing ground is facing a ‘unique and dire’ threatRead moreIn a press statement issued on Monday, the office of the president of the Kiribati government confirmed it was opening the protected zone citing the huge economic cost to Kiribati, a developing nation, of the ban.“Similar to any Government, our decisions, as we make them, put the livelihoods of our people at the fore and have been carefully considered and agreed to as a Government,” it said.“Our decision as a sovereign country and Government is people-centric and commensurate with holistic options for marine protection and management, economic diversification, sustainable tourism and fisheries, to promote the growth of Kiribati’s blue economy, and uplift the lives of all I-Kiribati.”Dr Richard Jeo, Conservation International’s Asia-Pacific field division senior vice president, said that it was their “understanding that this proposal has not yet been introduced to Kiribati’s parliament.”“It would need to be formally approved by parliament before going into effect, which would likely not be until next year at the earliest. There is significant geopolitics at play in the Pacific region, and as a sovereign nation, Kiribati has the authority to decide on the future of PIPA.”Jeo said they remained hopeful that Kiribati would maintain PIPA’s marine protected area designation and would choose “to continue as a global conservation leader, standing lockstep with a global community that is committed to protecting 30% of land and sea by 2030.”But the Kiribati government said that when it established PIPA it was assured it would be able to recoup the revenues lost from fishing licences, which make up more than 70% of Kiribati’s total annual revenue, but that this had not eventuated.The government said years after PIPA’s inception it was not sufficient to meet the present need of the people of Kiribati and the country’s future development needs.The statement also reiterated the Kiribati government’s commitment to conservation efforts by investing in marine and biodiversity protection and promoting climate resilience.The government said that since PIPA’s closure to commercial fishing, there had been an 8% decline in demand for fishing in Kiribati’s EEZ translating to a loss in revenue of up to USD$146m from 2015 to the present.Former president Anote Tong, who was responsible for overseeing the creation of PIPA, expressed his strong disappointment with the announcement, but said the proper process, which involves a parliamentary vote on opening up PIPA to fishing, still had to be observed.“I’m very, very disappointed,” he said. “I never expected that this would happen. And this was precisely the reason that we put it into legislation. Because it had to be something that would remain regardless of any political changes.”