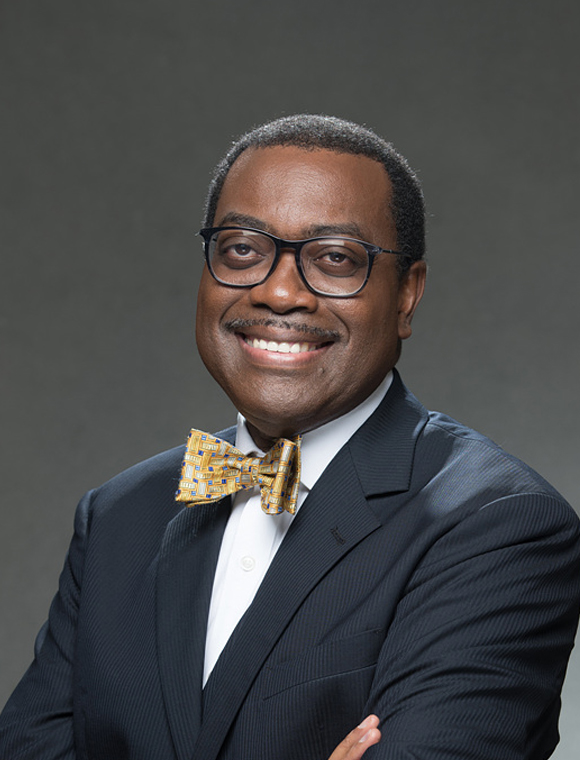 Dr. Akinwumi Adesina has been a leader in agricultural innovation in Africa for over 30 years, bringing great improvement to Africa’s food security and establishment of agricultural policies.

He has proposed a vision of good governance so that Africa can pioneer its own future. As the President of the African Development Bank currently, he is directing the inclusive economic growth of Africa. 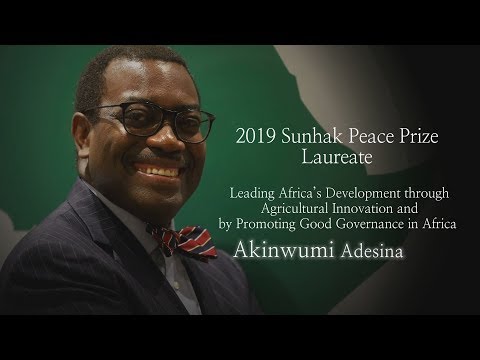 With the vision, those African countries must transform their agricultural sectors for Africa to overcome chronic poverty in the 21st century and stand independent, Dr. Akinwumi Adesina has spearheaded agricultural innovation for 30 years and improved food security for millions of people throughout the African continent.

Dr. Adesina proclaims: “Agriculture is the sector that will help diversify economies, create jobs and eradicate food insecurity in African countries, as well as achieving food security for the world.” He has been at the forefront of establishing major agricultural policies to eradicate poverty in Africa.

Dr. Adesina was born to a family of smallholder farmers. Seeing the reality of rural poverty during his childhood, he thought about the crucial link between agriculture and livelihoods and cultivated the hope of unlocking the potential of Africa to feed itself and contribute to feeding the world.

In 1988, after acquiring his Ph.D. in Agricultural Economics at Purdue University (USA), he returned to Africa and worked for a decade in three global agricultural research centers – the International Crops Research Institute for the Semi-arid Tropics, the West Africa Rice Development Association, and the International Institute of Tropical Agriculture – spearheading policy work on getting agricultural technologies to farmers.

Dr. Adesina joined the Rockefeller Foundation Program in the Agricultural Sciences, where he worked for a decade, developing innovative approaches for reaching poor farmers in the remotest areas of Africa with improved agricultural technologies. He helped to design a model called “The Agro-Dealers Network,” which consists of a massive rural network of small village shops that teach modern agricultural techniques and sell seed varieties and fertilizers to farmers. This method drastically decreased the distances traveled by farmers to find modern farm inputs. He passionately cooperated with international and local NGOs to reach millions of farmers, yielding significant increases in food production across the continent.

In 2015, based on his belief that “the greatest infrastructure to build isn’t a road or a rail or a port, but grey matter infrastructure,” Dr. Adesina established an initiative called African Leaders for Nutrition with the help of other world leaders such as Bill Gates; Aliko Dangote, the richest man in Africa; the late Kofi A. Annan, former UN Secretary-General; and former President of Ghana, John Kuffor. Since the establishment of the initiative, Dr. Adesina has been at the forefront of eradicating malnutrition, stunting and poverty in Africa through agriculture. 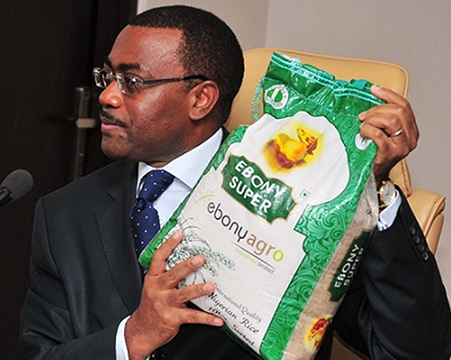 Through his excellent political leadership, Dr. Akinwumi Adesina has continued to build a bright future for Africa serving as the Vice President for Policy and Partnerships of the Alliance for a Green Revolution in Africa (AGRA) and as Minister of Agriculture and Rural Development in Nigeria. As the President of the African Development Bank Group, he is still at the forefront of bringing agricultural innovation to the African continent.

He led major transformations in the agricultural field, including expanding food production by introducing high yielding technologies, designing and implementing policies to support farmers’ access to technologies at scale, increasing the availability of credit for millions of smallholder farmers, attracting private investments for the agricultural sector, rooting out corruption in the fertilizer industry, and assisting in the establishment of major agricultural policies for Africa’s green revolution.

Based on his beliefs, he has made “using agriculture to create wealth” his core value. He has also been at the forefront of spearheading good governance for Africa and ensuring inclusive growth for Africa’s economy.

During his term as an Associate Director for Food Security at the Rockefeller Foundation in 2006, he worked ardently to organize the Africa Fertilizer Summit recognizing that Africa desperately needed to spark a revolution in agricultural techniques using fertilizer to increase smallholder farmers’ food production. The summit was one of the largest high-level meetings in Africa’s history to focus on solving Africa’s food issues. Dr. Adesina succeeded in rallying excitement and political will among the leaders at the summit and called for the adoption of the “Abuja Declaration on Fertilizer for the African Green Revolution,” in which all leaders in attendance committed to eradicating hunger in Africa by 2030.

Following the Summit, as the Vice President for Policy and Partnerships at the Alliance for a Green Revolution in Africa (the late Kofi Annan served as the first Chairman), he developed an innovative financing system that ensured banks’ capacity to lend credit to smallholder farmers. With cooperation from banks from other countries, the Rockefeller Foundation, and the Bill & Melinda Gates Foundation, the system leveraged $100 million in loans and contributed to bringing agricultural innovation to smallholder farmers. The Bank of Uganda provided loans to farmers growing bananas, using $500,000 from Rockefeller Foundation’s Program-Related Investment portfolio; and Kenya’s Equity Bank, which is the largest bank in Kenya launched a “risk-sharing facility” that leveraged $50 million in financing for tens of thousands of smallholder farmers. In Nigeria, Dr. Adesina worked with the Central Bank of Nigeria (and it's then Governor, Sanusi Lamido, now Emir Sanusi II of Kano) to establish a $300 million risk-sharing facility to de-risk lending by commercial banks to agriculture and successfully leveraged $3 billion in lending commitments. This innovative lending system expanded to other countries and has greatly contributed to terminating the vicious cycle of the poverty of smallholder farmers.

As a result of his achievements, he was appointed as Nigeria’s Minister of Agriculture and Rural Development in 2011. During his term, he boosted food production by an additional 21 million metric tons over four years and attracted $5.6 billion in private-sector investments. Moreover, he brought about an agricultural revolution by introducing the “E-Wallet System,” which provided agricultural information and subsidized electronic vouchers that farmers could use in lieu of cash to purchase fertilizer and seed varieties directly from agro-dealers. The E-Wallet System also ended 40 years of corruption in the government-controlled fertilizer distribution system. As farmers used modern seed varieties in rice, maize, and wheat production, the number of seed companies increased from 5 to 80 within just four years; farmer rice yields doubled to five to six tons of rice per hectare with improved seed varieties. The lives of 14.5 million farmers and their families were transformed.

Nigeria’s E-Wallet System drew attention as a critically innovative platform to end decades of corruption in the fertilizer supply chain and sparked a “Take It to the Farmer” revolution. Subsequently, global financial institutions such as the World Bank and other multilateral and bilateral development financial institutions began supporting the scaling up of the program to other African countries and beyond.

Since 2015, as President of the African Development Bank, Dr. Adesina has set a number of strategic goals and spearheaded the growth of Africa with a “High 5 Strategy”: Light up and power Africa, feed Africa, industrialize Africa, integrate Africa, and improve the quality of life for the people of Africa. His leadership is moving Africa forward with speed on many fronts. Bank estimates indicate that in 2017, 4.4 million people were able to connect to electricity; 8.5 million people received benefits in the agricultural field and 14 million people were beneficiaries of infrastructural investments in the transportation sector.

Dr. Adesina has provided remarkable leadership for youth across Africa, and he continues to develop the next generation of leaders. His infectious passion has led many of Africa’s youth to go into agriculture as a business, shifting their mindsets to modern value-chain driven agriculture, which he believes will unlock potential wealth for African economies.

Passionately driven to end poverty in Africa, he works by building strategic alliances and partnerships across the world, between governments, private sector and civil society, with a determination to make Africa a “place of wealth” and not “a museum for poverty.” He is mobilizing billions of dollars to make Africa a “land of investment” and not land that needs “aid.”


In addition to efforts to ramp up Africa’s infrastructure, Dr. Adesina is driving a bold agenda for the African Development Bank to help deliver universal access to power in Africa within ten years for 645 million Africans who do not have access to electricity. Motivated by a deep sense of urgency and the realization that Africa will have a population of 840 million young people by 2015, he is accelerating change and economic growth with a goal to create 25 million jobs within ten years, much of which will come from the agricultural field. 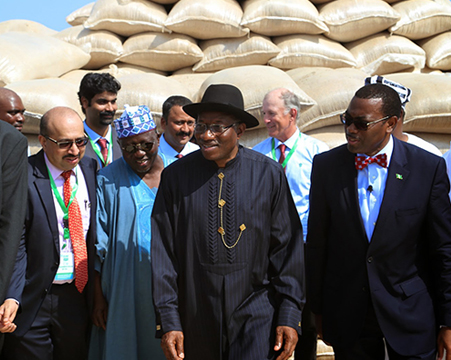 God made the stomachs to be filled, not to go empty. Today the budgets spent on the military far exceeds what we are putting up to improve agriculture and feed ourselves. The world cannot plow with guns; and beans and rice seeds are needed more than bullets. Seeds give life. Bullets end life.

In the 700s, a Bible prophet by the name of Isaiah urged that the world should turn its swords into plows and spears into pruning forks and that they learn to cease from war.

Wars build nothing. To secure our world we must end the endless desire to look for reasons for conflict. Let's instead find reasons to increase support for millions of the poor to feed our world. For a peaceful world will be a food-secure world. 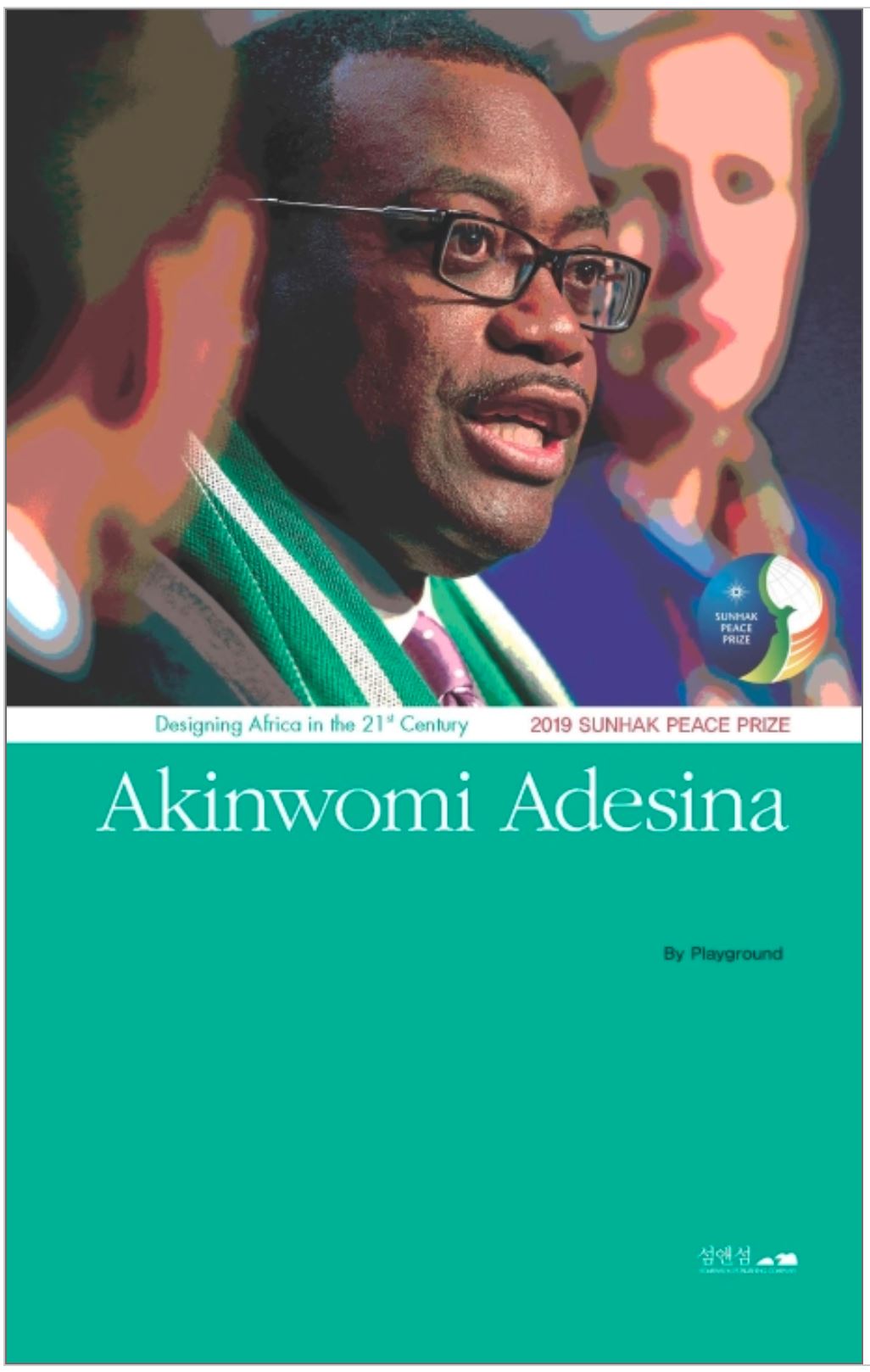