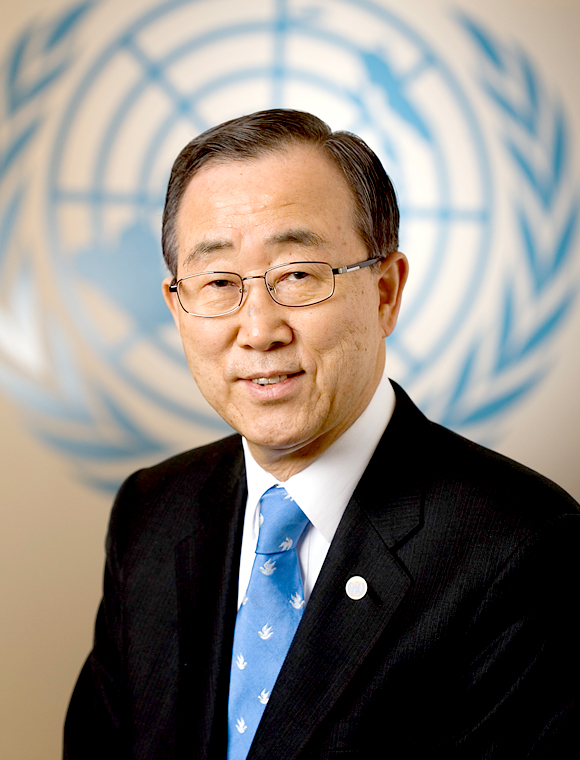 Ban Ki-moon became the first South Korean to become the Secretary-General of the United Nations in 2006, successfully serving two terms and contributing greatly to peace.

Ban Ki-moon greatly raised the alarm on the seriousness of climate change and led the adoption of the Paris Agreement on Climate Change in 2015, a monumental measure in human history. During his term as Secretary -General, the Sustainable Development Goals (SDGs) were adopted as global goals to be pursued together by all nations in the world as a masterplan for humanity’s common prosperity He also contributed greatly to implementing global strategies for the advancement of gender equality and children’s health. 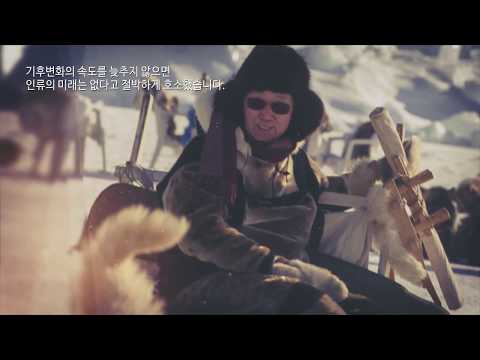 Former UN Secretary-General Ban Ki-moon played a pivotal role in adoting the Paris Agreement, a global measure against climate change. The Paris Agreement, adopted in 2015, is a climate agreement in which 197 countries joined in committing to curb greenhouse gas emissions within this century, with a comprehensive long-term goal of eliminating human-generated greenhouse gas production.

Former Secretary-General Ban displayed remarkable leadership behind-the-scenes, covering the distance from the North to the South Pole to travel all around the world urging world leaders to make the decision to successfully implement the historical climate agreement where all countries, rich and poor, join the fight against climate change.

Furthermore, he succeeded in lobbying 55 countries for the agreement to take effect in less than a year. His efforts led Foreign Policy, a prominent American news publication that focuses on global affairs, to select him as one of the 100 Leading Global Thinkers of 2016. 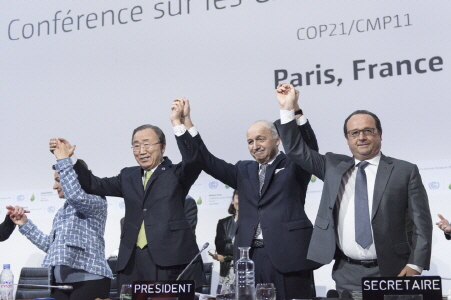 At the 70th Regular Session of the UN General Assembly, then UN Secretary-General Ban presented and gained the unanimous adoption of the Sustainable Development Goals (SDGs), a master plan to realize mutual prosperity of humankind by 2030. The SDGs, consisting of 17 goals for sustainable development of the global community, is a comprehensive and global cooperation agenda for countries to alleviate common threats to sustainable development such as polarization of economy and society, social inequality, and destruction of environment, in addition to the traditional tasks of the UN such as fighting poverty and ending hunger. Ban drew as much participation and consensus as possible from the heads of member states to adopt the development agenda to create a world where no one is left behind, 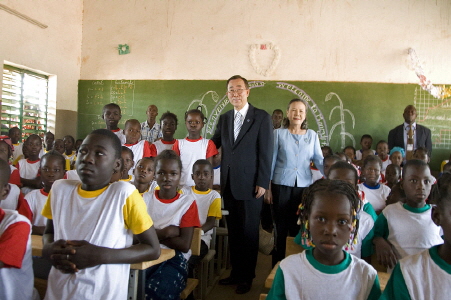 Former Secretary-General Ban has made it an important task to advance the fundamental human rights of humanity from the early days of his tenure, especially the promotion of women’s rights and gender equality. In 2010, Ban launched UN Women by merging several committees related to women’s rights registered in the UN. His advocacy efforts also include initiatives and campaigns such as “UNiTE to End Violence against Women,” “Stop Rape Now,” “Network of Men Leaders,” and “Special Representatives on Sexual Violence in Conflict.” 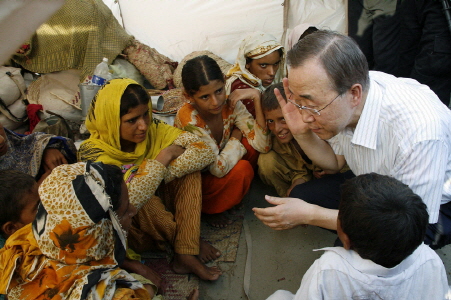 During my ten-year tenure as United Nations Secretary-General, I strived to execute my global leadership by leveraging the power of partnerships and promoting the spirit of global citizenship.

As such, I’ve been trying my best efforts, even after my retirement from the United Nations, for almost the same things that I used to do at the United Nations – promoting human rights, promoting civil society’s participation, climate change and Sustainable Development Goals.

We must work together that all the people in this world should be able to enjoy a better future.