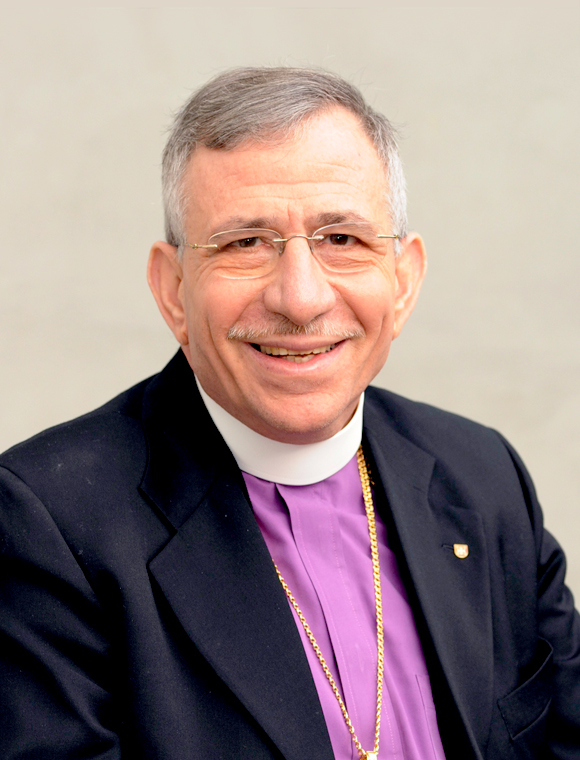 Munib A. Younan
Former Chair of the Lutheran World Federation

Bishop Dr. Munib A. Younan is a pioneer who has devoted his life to religious harmony, believing that dialogue and reconciliation between religions are the basis for human peace.

Born in Jerusalem in 1950 as a Palestinian refugee, Bishop Younan has been advancing religious harmony among Islam, Christianity and Judaism in the Middle East for more than four decades since being ordained as a Lutheran priest in 1976. In particular, he promoted religious harmony on a worldwide level while serving as the Chair of the Lutheran World Federation from 2010 to 2017, by bringing together a wide network of religious leaders from different faiths. 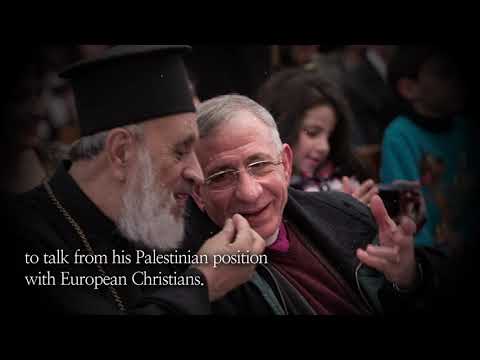 Promoting harmony among Judaism, Christianity and Islam in the Middle East for 40 years

Bishop Munib Younan emphasized that a religion's role is to serve all humans regardless of sex, race, ethnicity, religion and political factions. In addition, as he traveled around the world, he spread the message “to achieve consensus in diversity, one must guard against religious extremism, accept the diversity of biblical interpretations, and also accept different religious traditions”

Born in 1950 as a Palestinian refugee in Jerusalem, Bishop Younan devoted his life to promoting dialogue among Jews, Christians and Muslims and to advancing reconciliation. In particular, he served as the President of the Fellowship of the Middle East Evangelical Churches from 2004 to 2010, and as a founding member of a coalition movement for Palestine and Israel, he took the lead in resolving the Israel-Palestine conflict. In addition, he was the first to translate the Augsburg Confession (1530), a key doctrinal document of Lutheranism, into Arabic, contributing to furthering an understanding between Christianity and Islam. He also published several books containing messages of religious harmony. 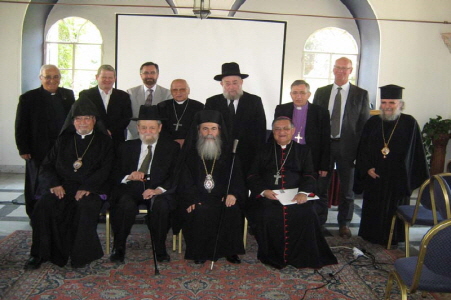 Reconciling the Conflict between Catholic and Protestant Churches

Bishop Younan has talked continuously with the Catholic Church for decades to overcome the deep-rooted conflict between the Catholic Church and Protestant Church. As a result, in 2013, the Lutheran World Federation and the Vatican jointly adopted a document called "From Conflict to Sacrifice," unraveling the 500-year-old conflict. This came to be regarded as a historical reconciliation between the two churches where both sides promised to “renew their commitment to theological dialogue and continue the journey towards unity, guided by God’s spirit according to the will of Lord Jesus Christ.” This was done with the aim to bring together the two churches, accepting that the Lutheran Church and the Catholic Church are from the same roots and should work towards reconciliation.

In 2016, Lutheranism and Catholicism celebrated together the 500th anniversary of the Reformation, and Pope Francis and Bishop Younan signed a declaration to go towards a “common path." It was the first time in history that a pope took part in the founding anniversary of the Lutheran Church. At the event, the two sides stated together that "Theological distinction entails prejudice and conflict, degenerates into a tool for political purposes," and that they "reject all past and present hatred and violence expressed in the name of religion," sending a strong message of religious harmony to the world. 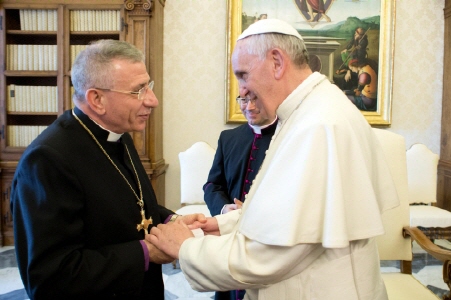 In a polarized world, religious leaders can affect our future toward this end by promoting the common values of living together in dignity, working for peace, and combatting fanaticism, fundamentalism, and extremism.

Religious extremists who use religion and manipulate God for their own selfish purposes are an existential threat to humanity nowadays. Extremism is a blatant perversion of religion and is always the antithesis of love. For this reason, it is the role of religious leaders today to boldly and prophetically combat any kind of extremism within their own religion.

It is imperative that we teach our own communities to see and value the image of God in those who are different from us. As it is written: “Those who say, “I love God,” and hate their brothers or sisters, are liars; for those who do not love a brother or sister whom they have seen, cannot love God whom they have not seen.” (1 John 4:20)