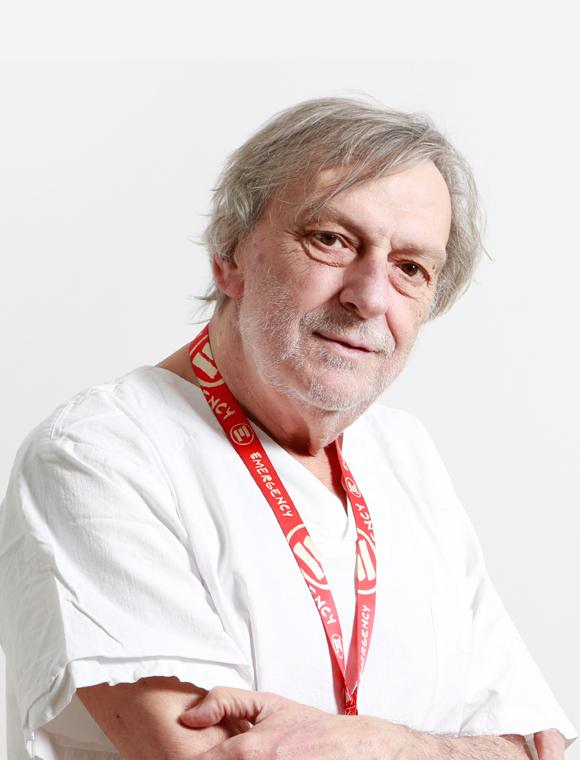 Gino Strada is an Italian surgeon who has devoted himself to providing medical and surgical care in war-torn countries around the world over the past 28 years.

Dr. Strada has helped save lives by providing free-of-charge medical treatment to 9 million people and has led an anti-war campaign to protect human rights and dignity. 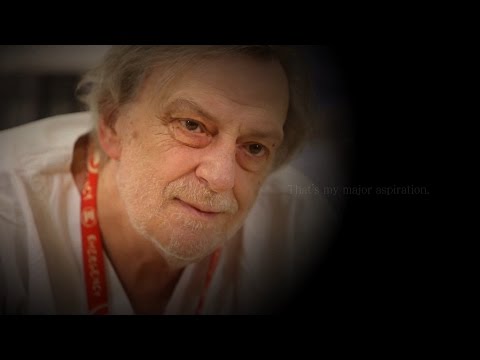 Gino Strada is an Italian surgeon who, for 28 years, has been providing emergency medical aid to refugees and victims of war and poverty in conflict areas of Africa and the Middle East.

He began his career as a war surgeon with the International Committee of the Red Cross (ICRC) in 1989, and in 1994, he founded EMERGENCY, an international humanitarian organization. EMERGENCY’s mandate is to provide high-quality, free medical and surgical care to the victims of war, land mines, and poverty. Over the years, EMERGENCY has been working in 17  countries, building and operating hospitals, medical and surgical centers, rehabilitation centers, pediatric clinics, primary health clinics, a maternity center, and a cardiac surgery center. EMERGENCY currently works in Afghanistan, the Central African Republic, Iraq, Italy, Sierra Leone, and Sudan.

In Afghanistan, EMERGENCY runs two surgical centers for war victims in Kabul and Lashkargah and one hospital in Anabah (Panjshir Valley), which includes a maternity center. In 2007, EMERGENCY established the Salam Centre for Cardiac Surgery, a Centre of Excellence in Sudan (Africa) providing free high-quality heart surgery to patients with acquired or congenital heart diseases. The center also serves as a hub for regional cardiac surgery programs and receives patients from 27 countries. At the center, EMERGENCY has performed more than 6,500 surgeries and more than 56,000 cardiac examinations. The center received world-class ratings for its work.

Since 2009, EMERGENCY has operated the only free-of-charge pediatric hospital in the Central African Republic. In 2014, when the Ebola virus (EVD) spread in West Africa, EMERGENCY established a 100-bed Ebola Treatment Centre in Goderich, Freetown, Sierra Leone, in cooperation with the British Government's Department for International Development.

Since July 2014, EMERGENCY has also been actively responding to the humanitarian crisis in Iraq. It operates 6 primary healthcare centers in refugee and IDP (internally displaced persons) camps. Since 2006, EMERGENCY has been running a program in Italy to respond to the increasing needs of the migrant population.

Dr. Gino Strada has actively promoted the values of peace, solidarity, and human rights by providing high-quality, free-of-charge medical treatment without discrimination under the firm belief that the right to be cured is a basic and inalienable right of all people.

In Africa, where awareness of public healthcare is lacking, Dr. Strada focuses on spreading the perception that healthcare is a basic human right and that the state should take the lead in guaranteeing medical rights. Through his efforts, in 2008, the governments of 12 African nations (Central African Republic, Chad, the Democratic Republic of the Congo, Djibouti, Egypt, Eritrea, Ethiopia, Rwanda, Sierra Leone, Somalia, Sudan, and Uganda) have signed EMERGENCY's "Manifesto for a Human Rights-based Medicine" (a medical declaration of human rights) that recognizes "the right of people to receive medical treatment" and promises to make efforts to provide healthcare services free-of-charge.

In 2010, the principles of the Manifesto were developed into the African Network of Medical Excellence (ANME), a project to build Centres of Excellence to strengthen the national health systems of the African continent. The network involves 11 countries.

EMERGENCY medical staff provide free medical and surgical care to all those in need without discrimination under three key principles: Equality, high-quality health care, and social responsibility. EMERGENCY also provides thorough medical education and training to local medical staff with the goal of handing over its facilities to local health authorities, whenever operational and clinical autonomy is fully achieved.

Emphasizing that war is a source of force and violence that cannot be justified for any reason, Dr. Gino Strada engages in anti-war movements taking the moral and political position that war must be abolished completely from Earth.

In 1997, Gino Strada, who for over decades has seen civilian casualties and human misery caused by landmines in conflict zones, passionately campaigned to ban the production of landmines in Italy. That goal was achieved in 1998. In addition, he strongly opposed and campaigned against Italy's intervention in the war in Afghanistan in 2001, and in Iraq in 2003. In 2002, EMERGENCY organized a campaign with the support of half a million people protesting the war.

When, after intervening in the war, the Italian Foreign Ministry offered support to EMERGENCY's hospitals in Afghanistan, Dr. Strada declined the proposal stating that EMERGENCY could not receive funding from the Italian government, which was actively contributing to the war.

Dr. Gino Strada appeals to the world that "the best thing the present generation can do for future generations is to work together to make a world without war."

The broken lives of all of them urge us to reflect, ask us to take action to get out of the spiral of war and violence. If we wish to work for the survival of humankind, the abolition of war is necessary and inevitable. It falls within the mandate of the UN, founded over 70 years ago, but still today very little has been done to fulfill their core mandate.

EMERGENCY has come to believe that the abolition of war is the only realistic and humane solution to end human suffering and promote universal human rights. With this objective in mind, EMERGENCY is working to launch an international campaign involving world-renowned personalities as well as ordinary citizens. It might sound utopian, but in fact it is a realistic and achievable objective. It is up to the world citizens to take action and conquer peace. Renouncing the logic of war and practicing fraternity and solidarity is not only desirable but urgently needed if we want the human experiment to continue. 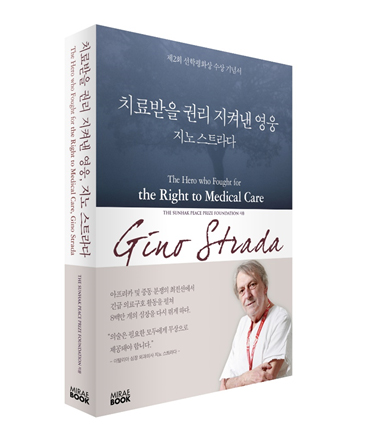