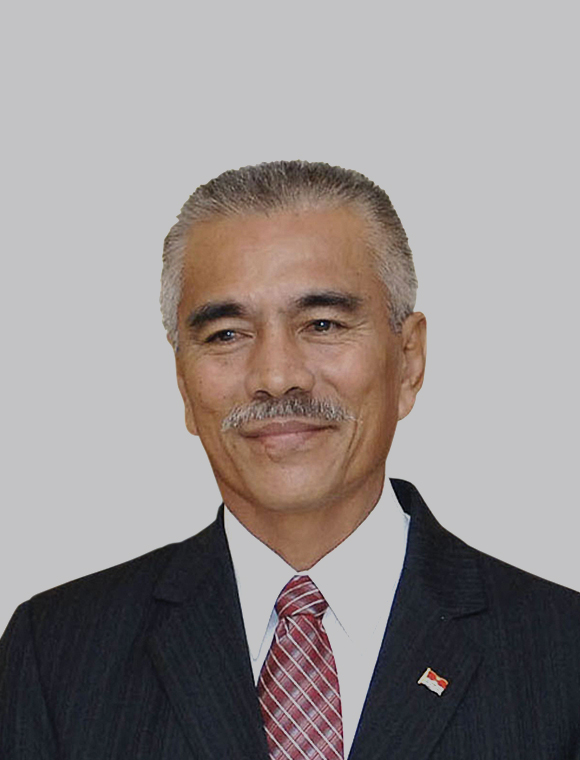 His Excellency Anote Tong, the President of Kiribati, is a global leader whose dedication and passionate leadership helped to bring about a consensus by the international community concerning climate peace.

He has contributed greatly to raising public awareness of international community about the severe impacts of the climate crisis and dedicated himself to addressing the impacts of climate change on Kiribati, which is gradually being submerged due to rising sea-levels caused by climate change. Also, he worked for the rights of climate refugees to ensure that Kiribati’s citizens who are at risk of becoming climate refugees will be able to keep their dignity if they are forced to migrate. Furthermore, he is leading the cause to designate a large part of the Pacific region as an environmentally protected area, while forgoing immediate financial benefits of his country for the climate peace of future generations. 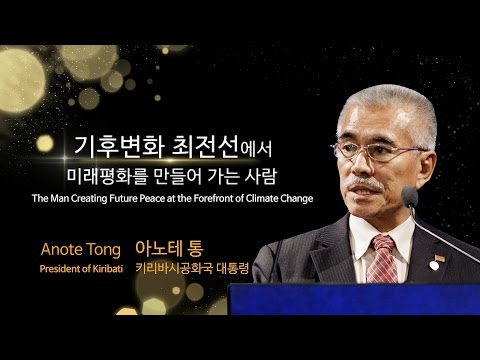 Led the international community to act on climate change

Thus, Pres. Tong invited world delegates to Kiribati and held the Tarawa Climate Change Conference (TCCC) on November 12, 2010, during which the Ambo Declaration was adopted. The declaration is an 18-point resolution calling upon major economic countries including China and vulnerable nations to address the causes and adverse impacts of climate change by embarking upon immediate and concrete action. This agreement between the nations was presented at the larger international climate change summit, UNFCCC (United Nations Framework Convention on Climate Change) COP (Conference of Parties) 16 in Cancun, Mexico, and became the basis for the economically developed countries to support countries such as Kiribati that are vulnerable to climate change.

To protect the ocean from pollution caused by human greed and lack of restrain, Pres. Tong put down his country’s immediate gains to protect the marine ecosystem. He led the world’s largest marine protection and ocean management initiatives by area in the designation of the Phoenix Islands Protected Area and the Pacific Oceanscape Network Initiative among others and is leading the effort to conserve the Pacific Rim as a resource repository for future generations and a basis for peace.

Pres. Tong’s efforts to conserve the Pacific Rim began with giving up Kiribati’s realistic profits. In 2006, he worked with Conservation International (CI) and New England Aquarium to create the Phoenix Islands Protected Area (PIPA), encompassing some of the most pristine and coral-rich waters on the planet. Upon its full legal establishment in 2008, PIPA was expanded to include more than 400,000km² of ocean prohibiting fishing and other exploitation, making it the world’s largest marine protected area at the time. Two years later, PIPA was declared a UNESCO World Heritage Site. The area’s rich biodiversity includes an abundance of healthy corals, big sharks, groupers, tuna, giant clams and other marine animals that have been depleted in much of the rest of the world. The Phoenix Islands was a major source of revenue for the people of Kiribati with its beautiful environment and rich species of fish. Therefore, prohibiting fishing activities and conserving the area also meant a significant negative impact on Kiribati’s economy. Despite this, Pres. Tong passed a law prohibiting all commercial fishing within the Phoenix Islands Protected Area explaining that, “These efforts are a significant contribution to the world community in the hope that they would also act.”

Going further, Pres. Tong conceived the Pacific Oceanscape framework, an unprecedented effort among 23 Pacific island nations to collaboratively and sustainably protect, manage, and sustain nearly 40 million km² of ocean.  The Pacific Oceanscape concept was introduced to the Pacific Islands Forum in 2009.  The Framework for the cooperative stewardship of their combined ocean territories was presented a year later, receiving unanimous endorsement by the heads of state and governments of 15 participating nations. Together, the nations of the Pacific Oceanscape have responsibility for some 10% of the world’s ocean surface, an area four times the size of the United States. 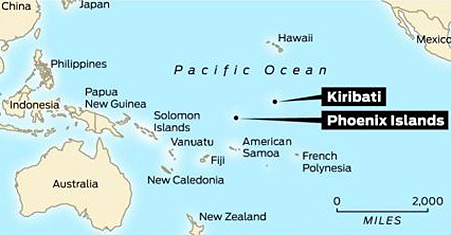 Committed to ensuring the dignity of human rights for climate refugees

Pres. Tong has devoted a significant amount of his energy into defending the human rights of his citizens and contributed greatly towards building awareness among the international community on the protection of human rights for climate refugees.

He is establishing a systematic migration policy so that his country’s citizens, who will be forced to leave Kiribati within the next 30 years due to rising sea levels submerging their country, can migrate with their dignity intact. He has worked diligently to secure funds to buy land for the resettlement and purchased 24.28 million m² of land in Fiji and is also running the migration with dignity vocational education program so that they can be received as migrants who can add value to the work-force with competitiveness and marketability rather than refugees. Even as hope seemed to diminish for Kiribati’s citizens faced with the possibility of losing their homes due to climate change, Pres. Tong’s warm love for humanity shone brightly as he strove to safeguard human dignity through various vocational and language training programs.

These efforts by Pres. Tong contributed to urging the international community for greater cooperation to protect the human rights of climate refugees and address the issue of climate induced migration. 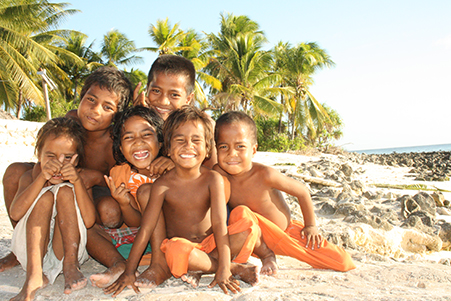 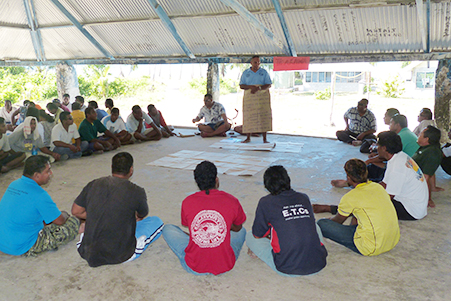 Climate change affects all of us in varying degrees of severity, but for my people and all those living in low-lying atoll islands, we are at the front line of this global calamity, with the very real possibility that our islands, our livelihoods, our homes, our identity as a people and as a culture may indeed cease to exist well within this century.

As leaders, we all have a duty to protect and safeguard those people for whom we are responsible. As parents and grandparents, it is only natural, and instinctive that we would do so with our lives if necessary, for those who rely on us for their security and I do believe it is the moral obligation of all humanity to ensure that all future generations be guaranteed a safe and secure future. 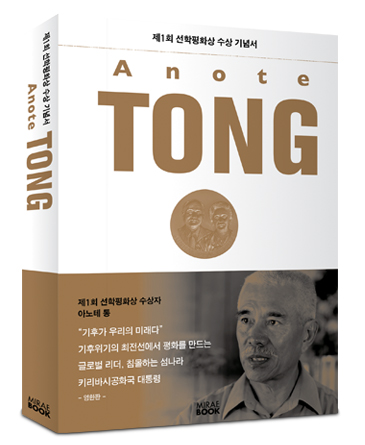