Donates Cash Prize of $500,000 to the World Fighters Foundation

• Calling out to international community that, “There cannot be peace in a world that is hungry.”

• Will put his best effort in the eradication of famine and hunger and complete employment of youths in Africa. 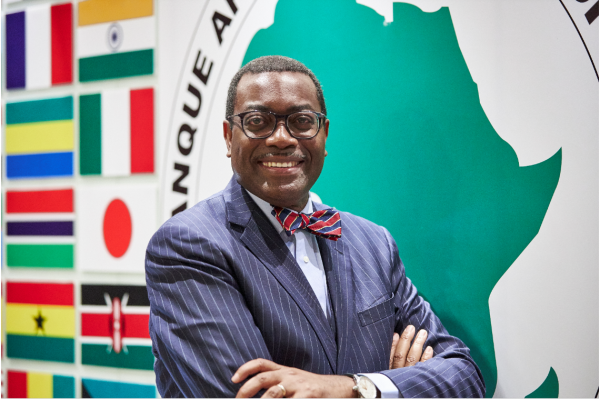 ▲Dr. Akinwumi A. Adesina, the President of African Development Bank

The president of the African Development Bank and the 2019 Laureate for the Sunhak Peace Prize, Dr. Akinwumi Adesina, declared to donate his cash Award Prize of $500,000 to the World Fighters Foundation.

On February 9, 2019, at the 2019 Sunhak Peace Prize Award Ceremony, Dr. Akinwumi Adesina stated that, “I am fully dedicating the whole of the $500,000 cash award of the Sunhak Peace Prize to my Foundation, the World Hunger Fighters Foundation, to carry on the Lord's request to provide "daily bread" for everyone around our world.”

During his Acceptance Speech, Dr. Adesina proclaimed to the international communities that, “There cannot be peace in a world that is hungry. Over 850 million people are hungry, with over 150 million children malnourished. While progress is being made, we are not winning the war on global hunger.”

In addition, he asserted the importance of food security stating that, “Nothing is more important than ensuring that we feed the world and eliminate hunger and malnutrition. Hunger is an indictment on the human race. Any economy that claims growth without feeding its people is a failed economy. Nobody has to go hungry, white, black, pink, orange or any color you can think.”

At the peak of his speech, he humbly shared his vision saying that, “For my life is only useful to the extent to which it helps to lift millions out of poverty. The Sunhak Peace Prize is a call to do more for our world - and I will.” Dr. Adesina strongly proclaimed that he is going to put all of his efforts in ending famine, poverty and low employment of youths in Africa.

The 2019 Sunhak Peace Prize Award Ceremony was attended by over 1,000 participants, including 10 current and former heads of state and many others representing government, medias, academia, economy and religions.