Every human being has the right to be cured 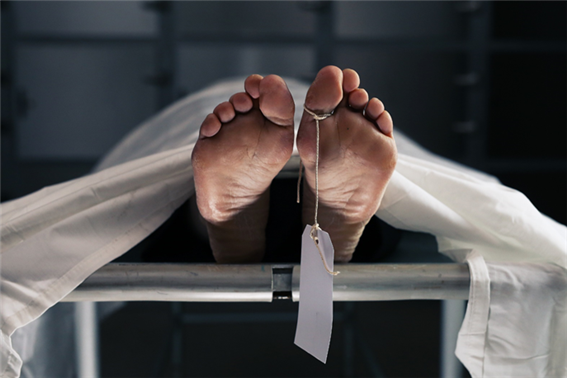 Ninety percent of people who contract disease live in developing countries in Africa, South Asia, and Latin America. However, these countries only account for 10% of the world’s healthcare resources. In these countries, 15,000 infants die every day from treatable diseases.

Health inequality refers to the gap in health that arises from the difference in social and economic status such as income level, occupation, class, wealth, and education level.

As nutrition improves and medical technology develops, the life expectancy of people is increasing. An increase in life expectancy, increase in immunity, and decrease in infectious disease mortality rate, among other measures, show that healthcare is being provided at the highest level in history.

However, 3.6 million people die every year due to lack of treatment. because they are unable to receive treatment. To prevent and treat diseases, proper nutrition and a hygienic environment, as well as on-time vaccination, diagnosis, and treatment, are important.

Because the conditions for preventing and treating diseases are unequal among individuals, countries, and society, many times, even minor illnesses lead to death. About 800,000 children die each year from diarrhea because they are not able to receive the appropriate medical treatment at the right time.

The gap between average life expectancy in developed and underdeveloped countries is 20 years!

However, the average life expectancy in underdeveloped countries in 2020 was between 50 and 60. This is because infant mortality and maternal mortality rates are still high in underdeveloped countries in Africa and South Asia. Many children in these regions die from endemic diseases such as typhus, malaria, and dengue fever, and highly contagious diseases such as polio, pneumonia, cholera, and measles.

The most serious preventable diseases

△ Many people in Soroti, Uganda, Africa get infected with malaria because of poor conditions. Malaria is preventable through insecticide-treated mosquito nets and malaria vaccinations, and even if a person is infected, it can be cured through drug treatment for 15 days if it is diagnosed early on.

Pneumonia, a very common disease, is the inflammation of the lungs accompanied by symptoms such as coughing, phlegm, chills, and fever. Although it can be prevented with vaccination, 2.56 million people around the world died of pneumonia in 2017, due to lack of vaccination, diagnosis, and treatment. One-third of the deaths were of children under the age of five.

AIDS is one of the most serious public health issues in the world today. It is most seriously widespread in underdeveloped countries, with more than two-thirds of all infected people living in sub-Saharan Africa. Of that population, children account for about 5%. AIDS is the number one cause of death for adolescents aged 10-19 in Africa and the second cause of death for adolescents worldwide.

Malaria, an infectious disease transmitted by mosquitoes, is an endemic disease that is widely spread across the African continent, with more than 10% of infected people dying. In 2019, there were about 229 million cases of malaria and 409,000 deaths from malaria. Children under the age of 5 accounted for the largest proportion of deaths.

Malaria is preventable through insecticide-treated mosquito nets and malaria vaccinations, and even if a person is infected, it can be cured through drug treatment for 15 days if it is diagnosed early on. However, mosquito nets, malaria vaccines, and antimalarial drugs are too expensive for people living in Africa. The price of antimalarial drugs is about $20, which is far too high for people living on $1 a day on average.

Why is the average life expectancy low in underdeveloped countries?

A lack of national healthcare infrastructure is the biggest reason. Countries in Africa and South Asia are struggling to diagnose and treat diseases due to a lack of medical staff, facilities, and medicine.

In addition, the lack of national vaccination projects and healthcare projects makes disease prevention challenging. Malaria, typhoid, cholera, dengue fever, polio, and measles are diseases that can be prevented by timely vaccination and proper sanitation. However, they remain fatal in underdeveloped countries.

△ In April 2019, a baby is lying outdoors in a dirty bathtub in Senegal. Diseases that can be prevented by timely vaccination and a hygienic environment can be still fatal in underdeveloped countries.

Poverty makes receiving proper treatment challenging. Without money, a person cannot go to the hospital or buy medicine even if he or she is sick. About 800 million people in the world spend more than 10 percent of their household income on medical expenses, and 100 million of them live in extreme poverty. For these 100 million people, after their medical expenses, they only have $1.90 a day (as of 2018) to survive on.

Lack of awareness around the disease is also a big challenge. It is difficult for poor people in underdeveloped countries to receive proper education, which leads to a lack of awareness of health, hygiene, and medical care. These people often neglect personal health and miss the proper timing of receiving medical treatment due to poor concepts of hygiene, blind faith in traditional medical beliefs, and poor understanding of diseases, prevention, and treatment methods.

Unhygienic bathrooms are hotbeds for diseases. In underdeveloped countries, there are often insufficient sanitation facilities, and so it is common for people to defecate near open places by the river where food is being prepared or near where children are playing. These unsanitary practices encourage disease outbreaks. It is common to be infected with germs and parasites as well as diseases such as diarrhea, cholera, dysentery, and typhoid from using contaminated water.

△ February 14, 2015 – Unsanitary toilets in remote villages in the central region of Kasai, the Democratic Republic of the Congo provide favorable conditions for disease outbreaks.

l Drugs that are not researched due to low profitability

Goal to ensure healthy lives and well-being for all people

The United Nations set the following goals to achieve good health and well-being for all by 2030. This is the third of the Sustainable Development Goals set in 2015, which aims to raise the level of health of vulnerable people.

SDG 3: Ensure healthy lives and promote well-being for all of all ages

① Reduce the global maternal mortality ratio to less than 70 per 100,000 live births.

④ Reduce by one third premature mortality from non-communicable diseases through prevention and treatment and promote mental health and well-being.

The international community is working hard to achieve these goals.

Strengthening basic health systems is a major focus of international efforts. International organizations such as the World Health Organization and UNICEF work with governments to operate and support programs that provide education, training, and information related to disease prevention and hygiene improvement for households and communities. Such organizations provide technology, strategy, etc. to governments and provide necessary medical equipment and train public health personnel. They provide basic health services mainly to underdeveloped countries where health services are not available due to lack of essential medical facilities

Around 7,000 newborns die every day worldwide. Lack of awareness of unsanitary environment and lack of essential medical services are the biggest causes of newborn deaths in underdeveloped countries. To address these issues, international organizations, governments, and related agencies work together to implement programs that provide vaccinations and nutrition and help prevent mother-to-child transmission of HIV and other infectious diseases.